One on One with Trial Attorney- Norm Pattis

[podcast]
Connecticut Magazine called Norm Pattis, the Connecticut civil rights and criminal defense lawyer, the Defender of the Despised. It is a mantle he wears proudly. If you read about a criminal case in Connecticut, there is a good chance that Pattis represents the client, passed on the case or is in talks to take it over. His clients include Alex Jones, the controversial conservative firebrand and host of Infowars. Pattis is my guest on this week’s episode of Killer Cross...
Read Full Article 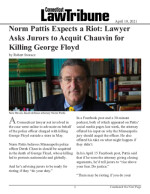 "I fear you will compromise on your oath out of fear," wrote attorney Norm Pattis, who is not involved in the case. "Rise above your fear."

A Connecticut lawyer not involved in the case went online to advocate on behalf of the police officer charged with killing George Floyd outside a store May 25, 2020.
Norm Pattis believes Minneapolis police officer Derek Chauvin should be acquitted in the death of George Floyd, whose killing led to protests nationwide and globally.
And he’s advising jurors to be ready for rioting if they “do your duty.”
In a Facebook post and a 30-minute podcast, both of which...
Read Full Article 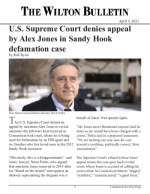 The U.S. Supreme Court denied an appeal by extremist Alex Jones to revisit sanctions the Infowars host received in Connecticut trial court, where he is being sued for defamation by an FBI agent and six families who lost loved ones in the 2012 Sandy Hook massacre.
“Obviously, this is a disappointment,” said Jones’ lawyer, Norm Pattis, who argued that sanctions Jones received in 2019 after his “blood on the streets” rant against an attorney representing the...
Read Full Article 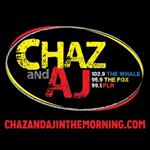 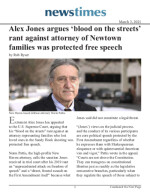 Extremist Alex Jones has appealed to the U.S. Supreme Court, arguing that his “blood on the streets” rant against an attorney representing families who lost loved ones in the Sandy Hook shooting was protected free speech.
Norm Pattis, the high-profile New Haven attorney, calls the sanction Jones received in trial court after his 2019 rant an “unprecedented attack on freedom of speech” and a “direct, frontal assault on the First Amendment itself” because...
Read Full Article 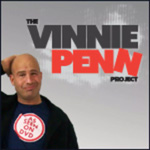 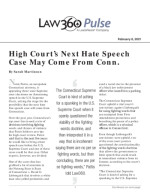 Norm Pattis, an outspoken Connecticut attorney, is appealing three state Supreme court decisions on threatening speech in the U.S. Supreme Court, setting the stage for the possibility that the next hate free speech case will come from Connecticut.
Over the past year, Connecticut’s top court has issued a trio of decisions involving fighting words and threats of violence that Pattis believes are ripe for high court review. Pattis said that in the next five years he would like to bring...
Read Full Article 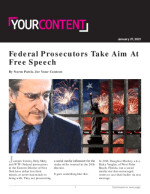 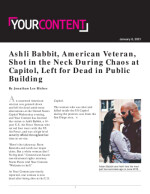 An unarmed American veteran was gunned down and left for dead amid tense altercations at the United States Capitol Wednesday evening, and Your Content has learned the victim is Ashli Babbit, a 14-year U.S. Air Force Veteran.
The woman is Ashli Babbit, a 14-year veteran, who served four tours with the US Air Force, and was a high level security official throughout her time in service.
“Here’s the takeaway: Burn Kenosha and torch our major cities. But a white woman dies?...
Read Full Article
Printed from https://www.pattislawfirm.com/news-clips-media-appearances.php