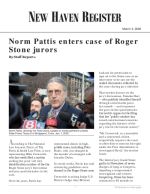 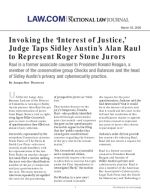 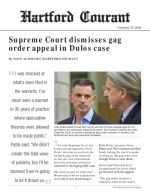 The state Supreme Court has dismissed the appeal by Fotis Dulos’ attorney to overturn the sweeping gag order imposed on lawyers, law enforcement and even potential witnesses involved in the high-profile case.
The court issued an order late Wednesday with no explanation as to why it was dismissing it. Both Dulos’ attorney Norm Pattis and The Courant had filed briefs asking the court to make a ruling on the gag order even though Dulos is now dead.
Pattis said Thursday he...
Read Full Article 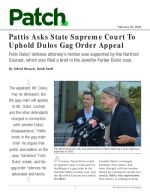 Fotis Dulos' defense attorney's motion was supported by the Hartford Courant, which also filed a brief in the Jennifer Farber Dulos case.

Attorney Norm Pattis asked an appeals court to reinstate his challenge to a gag order in the Jennifer Dulos murder case, and the Hartford Courant has joined his effort.
Jennifer Dulos' estranged husband, Fotis Dulos, had been charged with her murder before he committed suicide last month. Pattis, who represented Fotis Dulos, is seeking to keep the case alive in an effort to clear his client's name, and he argues that Judge John Blawie's gag order hinders his ability to do so.
In a...
Read Full Article 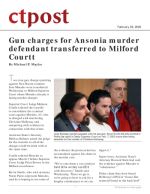 Two stun gun charges pending against New Haven resident Jose Morales were transferred Wednesday to Milford Superior Court where Morales already is facing murder charges.
Superior Court Judge Melanie Cradle ordered the transfer to consolidate the criminal cases against Morales, 43, who is charged with murdering Christine Holloway and tampering with evidence in connection with that crime.
Assistant State’s Attorney Melissa Holmes asked the judge for the transfer so all of the...
Read Full Article 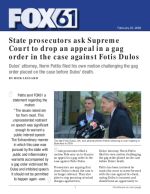 State prosecutors filed a motion February 24 to dismiss an appeal in a gag order in the case against Fotis Dulos.
Prosecutors are arguing that since Dulos is dead, the case is no longer relevant. They also plan to stop pursuing criminal charges against him.
Dulos' attorney, Norm Pattis filed his own motion challenging the gag order placed on the case before Dulos' death.
Pattis has been insistent he wants the court to move forward with the case against his client, saying...
Read Full Article 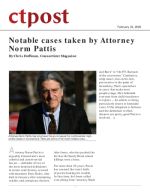 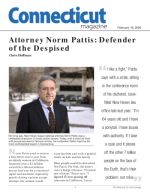 Norm Pattis used to receive a hate letter once a year from an elderly woman in California. Incensed over a $2 million award the criminal defense lawyer had won for a convicted rapist and murderer injured by guards during a prison escape attempt, the woman would excoriate him and wish a painful death on him and his family.
Most people would be disturbed. Not Pattis. For him, the letters were a badge of honor. “I framed one of them,” Pattis says. “I figured if I was...
Read Full Article 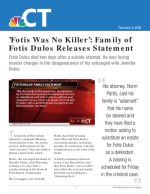 ‘Fotis Was No Killer’: Family of Fotis Dulos Releases Statement

The family of Fotis Dulos released a statement Monday criticizing the state, the media and law enforcement for the "mass hysteria" that they believe played a hand in his death.
Dulos, the estranged husband of Jennifer Dulos, died Thursday evening, two days after a suicide attempt at his home in Farmington, Connecticut.
His estranged wife, Jennifer Dulos, has been missing since May and Fotis Dulos was facing charges, including murder, in connection with the disappearance at the...
Watch Video
Printed from https://www.pattislawfirm.com/news-clips-media-appearances.php