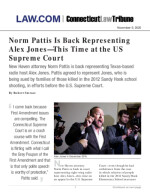 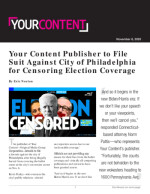 The publisher of Your Content—Original Media Group Corporation—intends to file a lawsuit against the city of Philadelphia after being illegally barred from covering the ballot count at the city’s convention center on Nov. 6.
Kevin Feeley—who oversees the city’s public relations—denied our reporters access due to our ‘unfavorable coverage.’
Officials are not providing any reason for their ban from the ballot coverage and virtually all...
Read Full Article

The latest in the case of Jennifer Dulos. In his first network interview, the lead investigator reveals new details to Dennis Murphy of what happened the day the Connecticut mother disappeared. 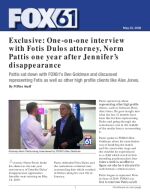 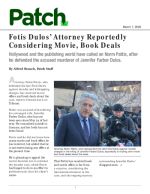 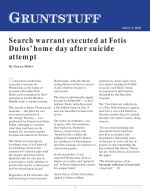 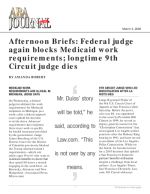 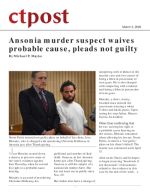 Jose Morales turned down a chance to preview some of the state’s evidence against him Thursday when he waived his right to a probable cause hearing.
Morales is accused of murdering Christine Holloway, his girlfriend and mother of their child, Vanessa, in her Ansonia home just after Thanksgiving. Vanessa is still the subject of a nationwide Amber Alert. She has not been see in public since Nov. 29.
Her father also faces a charge of tampering with evidence in the murder case and...
Read Full Article
Printed from https://www.pattislawfirm.com/news-clips-media-appearances.php