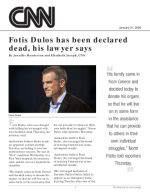 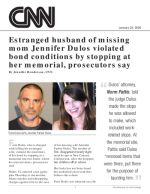 Fotis Dulos, who is charged with killing his estranged wife, violated the conditions of his bond by stopping at a memorial near his home, where he removed items, prosecutors said.
Dulos, 52, entered a not guilty plea Thursday to the murder, felony murder and kidnapping charges against him in the case of his missing wife Jennifer Farber Dulos. The mother of five, disappeared nearly eight months ago in New Canaan, Connecticut, after she dropped her children off at school.
Her body has...
Watch Video 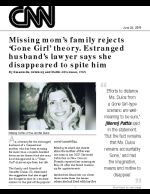 An attorney for the estranged husband of a Connecticut mother who has been missing for more than a month doubled down on his theory that she may have disappeared in a "Gone Girl"-style escape from her life.
The family and friends of Jennifer Dulos, 50, dismissed the suggestion that she staged her disappearance in a manner similar to the plot of the popular novel-turned-film.
Monday marked one month since the mother of five was last seen in her 2017 Chevrolet Suburban in New Canaan....
Watch Video 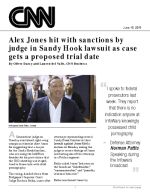 A Connecticut judge on Tuesday sanctioned right-wing conspiracy theorist Alex Jones for suggesting that a lawyer for the Sandy Hook families, who are suing the InfoWars founder for his past claims that the 2012 shooting was staged, tried to frame him with child pornography.
The ruling, handed down from Bridgeport Superior Court Judge Barbara Bellis, came after attorneys representing several Sandy Hook families in their lawsuit against Jones filed a motion on Monday asking the judge to...
Read Full Article 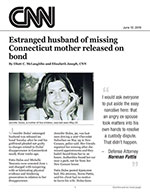 Jennifer Dulos' estranged husband was released on bond Tuesday after he and his girlfriend pleaded not guilty to charges related to Dulos' disappearance in Connecticut nearly three weeks ago.
Fotis Dulos and Michelle Troconis were arrested June 1 and charged with tampering with or fabricating physical evidence and hindering prosecution in relation to her disappearance.
Jennifer Dulos, 50, was last seen driving a 2017 Chevrolet Suburban on May 24 in New Canaan, police said. Her...
Watch Video

Jennifer Dulos went missing two weeks ago, but her wealthy Connecticut hometown is only slowly waking up to the reality of her disappearance.
Dulos, 50, was last seen driving a 2017 Chevrolet Suburban on May 24 in New Canaan, police said. Authorities found her car near a park, not far from her New Canaan house.
Police said it has received more than 225 tips in the case, including nearly 70 responses to a request for video surveillance from homes and businesses.
In developments...
Watch Video
Printed from https://www.pattislawfirm.com/news-clips-media-appearances.php?Source=CNN